Early 19th century banknote security was primitive compared to today's security feautures. One of the best methods of stopping forgerers was by using complicated engravings that were near-impossible to replicate exactly, as forgers did not have modern copying or scanning methods. 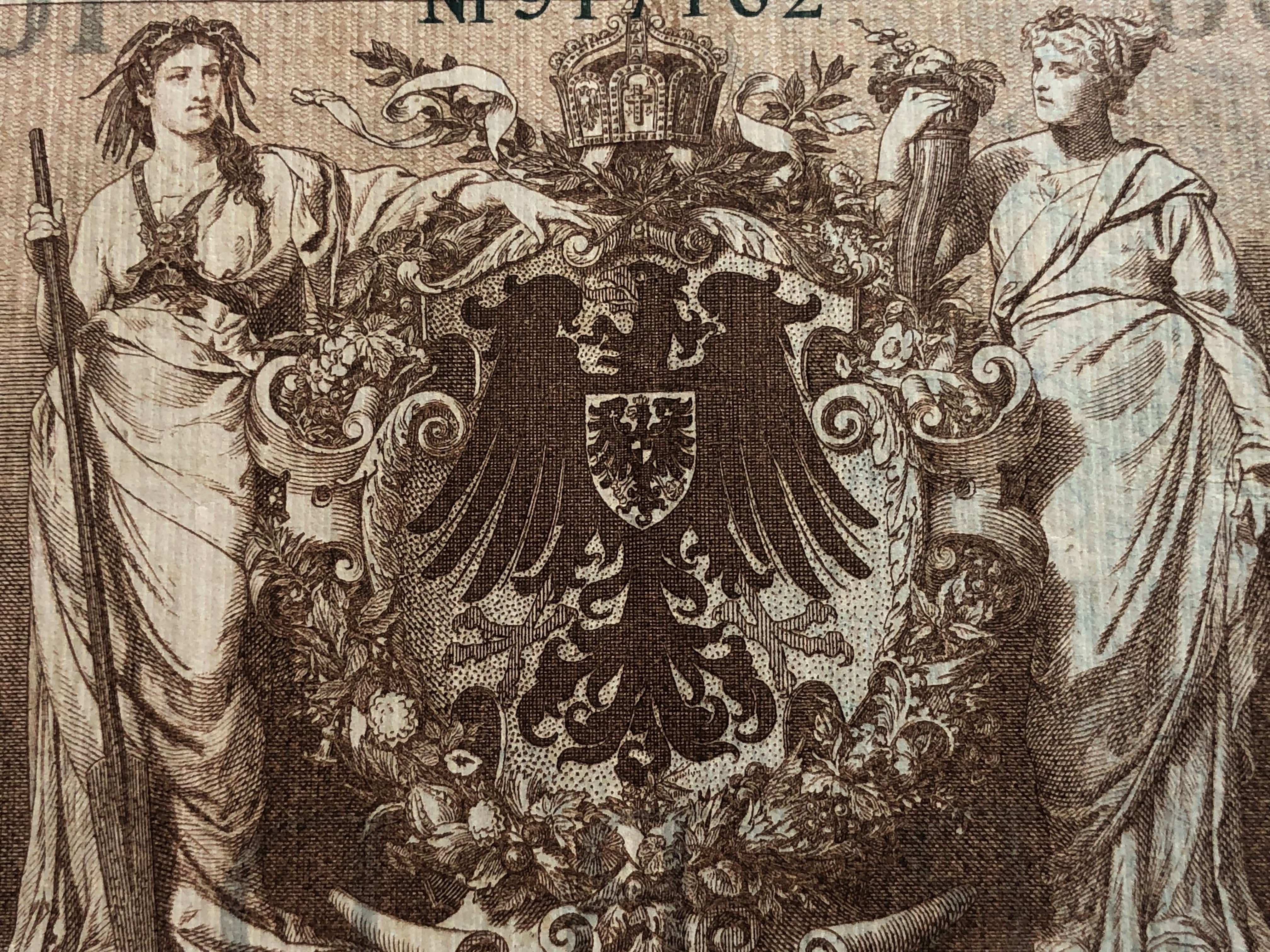 A close up of the engraving details on a 1915 1000 Mark note. Skin was considered especially difficult to reproduce faithfully in engravings, and was a sign of good banknote design.

The paper used was expensive, and only available from one or two manufacturers, furthermore, it was laced with thread, and could contain watermarks. 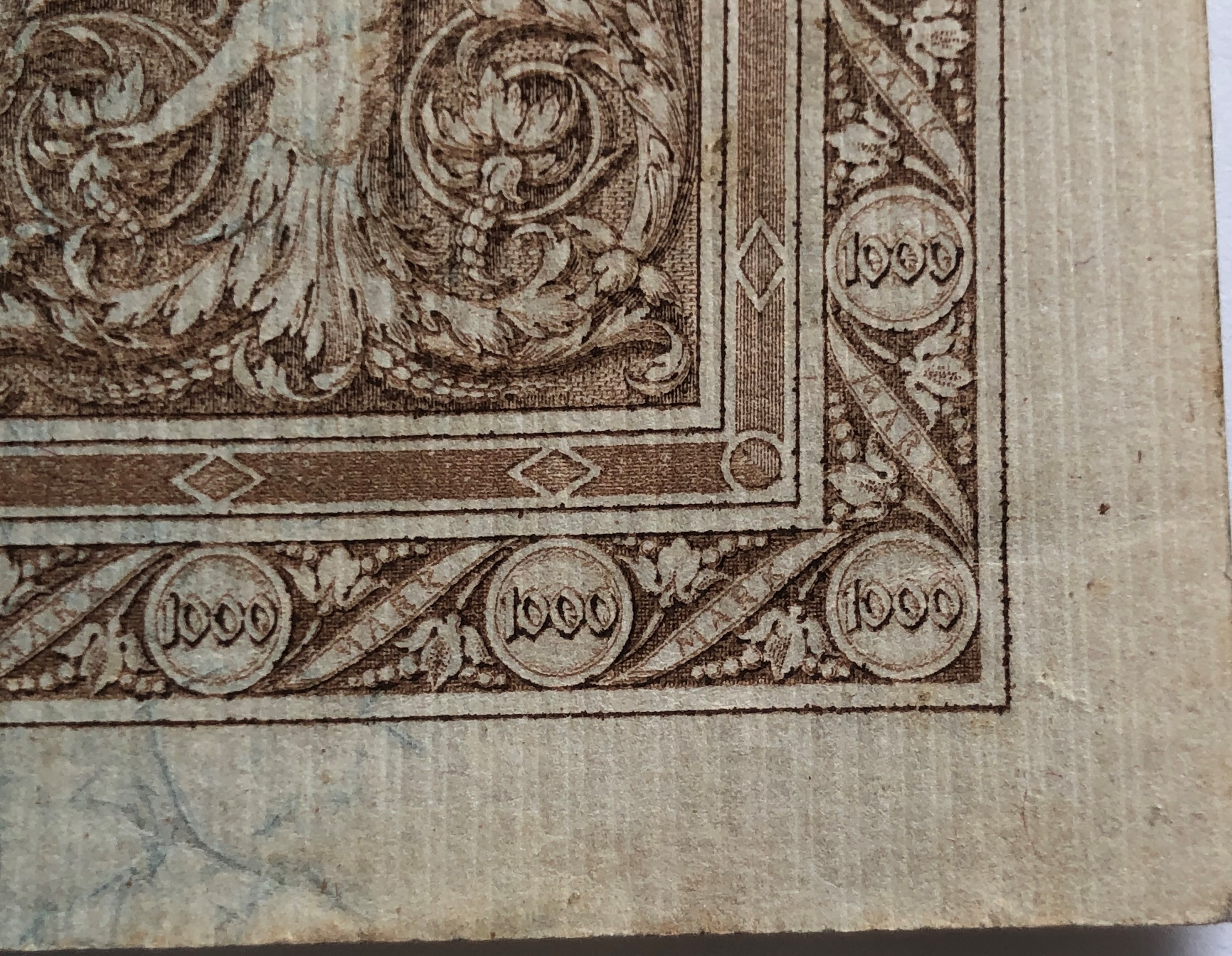 Note the vertical thread pattern in the paper

Finally, high denomination notes had coloured fibres added to the paper mix. These were highly specific, and difficult for forgers to match. 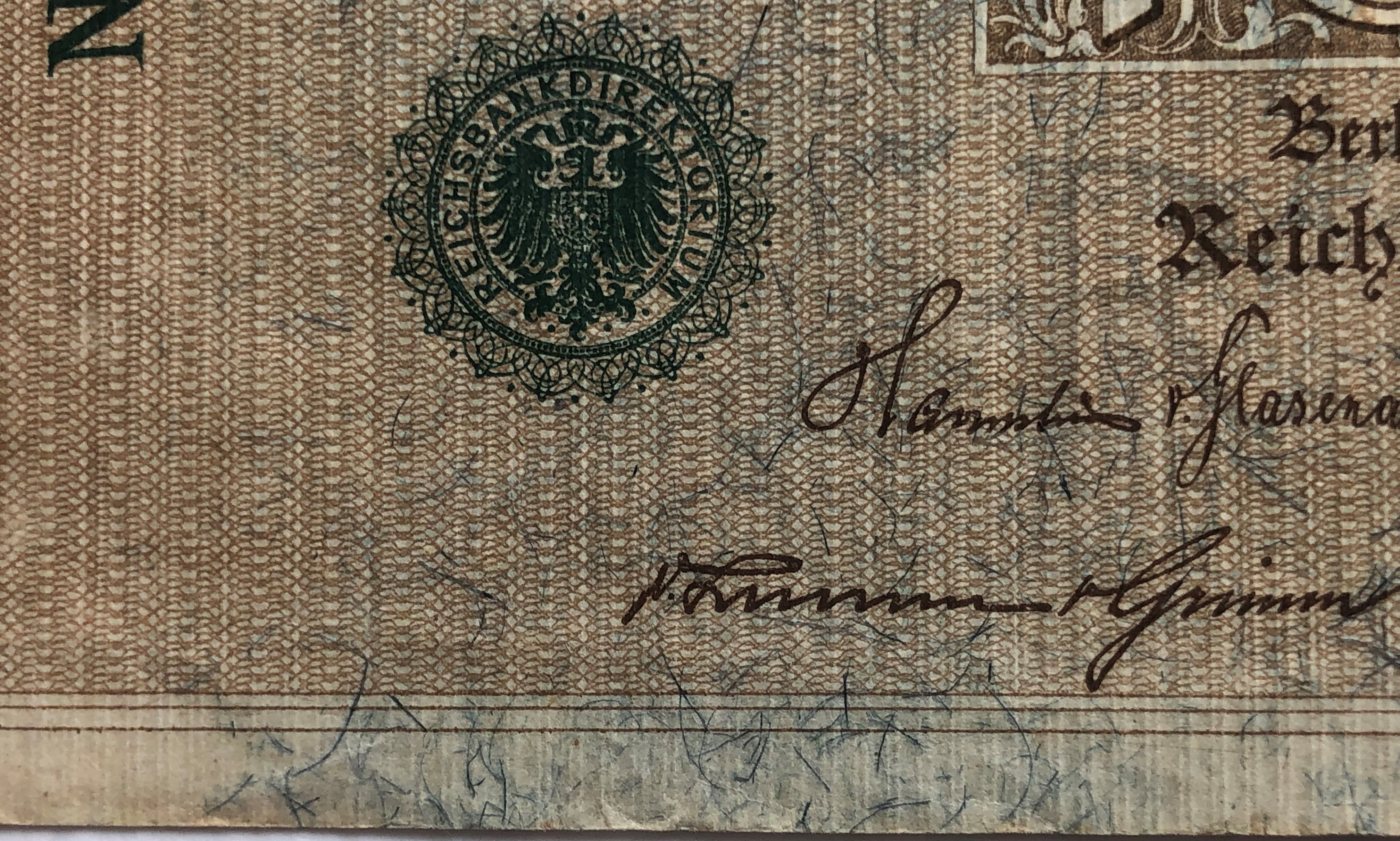 Blue fibres embedded in the paper