← Go back to all posts 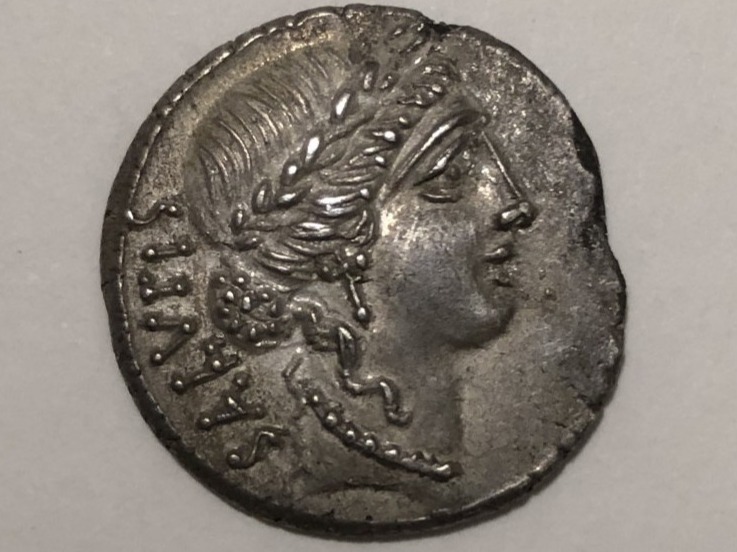 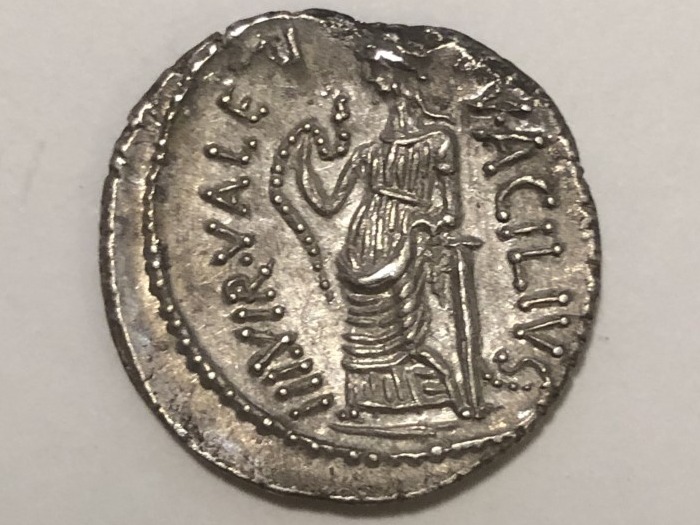 The obverse reads Salutis and bears the laureate head of Salus, the goddess of health and well-being. On the reverse we see a female leaning on a column and holding a snake. The legend gives her the name VALETU. Valetudo is the Roman name for the Greek goddess Hygieia, grandaughter of Apollo and goddess of cleanliness and hygeine, which derives from her name. While Hygieia had always been associated with the snake of Aesculapius, the standing figure also represents Salus. Despite differing functions Salus and Hygieia were increasingly equated and treated as one goddess. Hence, Salus took on some of the features of Hygieia, including the snake. Interestingly, Salus was first depicted with a snake six years earlier, in 55BC on a coin minted by none other than Manius Acilius Glabrio.